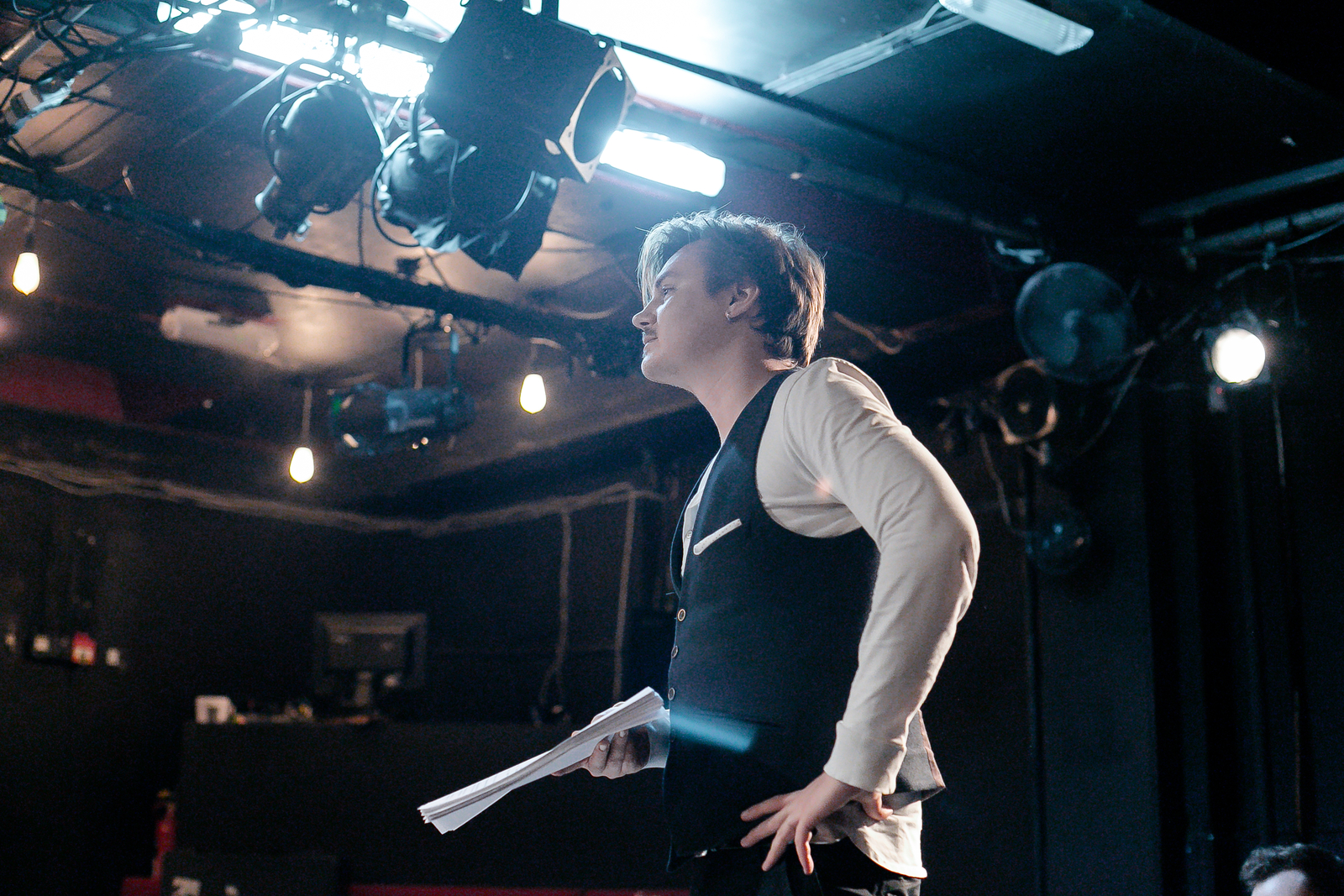 Sybil, much-married caretaker of a business centre, is full of ideas for escaping from her situation. When Hugo a manipulative adventurer launches a new business she inveigles her way in, getting herself appointed director of a company set up for Perkins an inventor, along with Hugo’s long-suffering artist girlfriend Imogen and Howard the manager of the centre whose significant other is his dog. With a woman in a kangaroo suit trying to sell an uncontrollable invention and a dog on the company board, what happens next is nobody’s business. Directed by John Adams. Written by Sylvia Freedman.